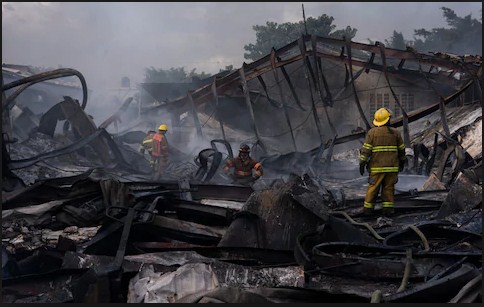 A Great Rescue From A Serious Accident Story: It was a fine sunny day. Almost all the workers were busy with their daily activities in a factory. Suddenly there was a crashing sound which startles all the workers of the factory. After a few moments, a whirling coil of smoke was found coming from the basement of the factory. Suddenly the fire flame spread out and began to rise upwards quickly.

Within a short time, the whole factory was engulfed by fire. All the fire -brigade units from the nearby stations rushed to the spot. By this time the workers working inside began to go upwards and reached the roof. By this lime Air force helicopter began to pick up the workers and paraschute’s them.

Thus a lot of workers were saved. Some are saved by fire-fighters with their adder of the fire-engines. In this way, a great human rescue was successfully done saving a lot of lives.