You are here: Home / Others / Independence Day of Bangladesh 2020: Date & Short History

In this article, I will discuss everything about Independence Day of Bangladesh. You will know the history, FAQ, date and others about it. So keep reading the article.

When is the Independence Day of Bangladesh?

Independence Day of Bangladesh. On 26 March 1971, Bangladeshi leader Major Ziaur Rahman declared our independence day and the liberation war begins. He declared the day on behalf of Sheikh Mujibur Rahman.

From then Bangladeshi people celebrate 26 December as their independence day. The day is a public holiday in Bangladesh.

The main fight continued from 25 March to 16 December. but there were always been bad blood between East Pakistan and West Pakistan. It starts in 1952 with the language movement. Behind this Independence Day and liberation war, there are so many fights and sacrifices. Here we will discuss some of them.

The language movement of East Pakistan was one of the most pathetic movement. To save the Bengali language student of Bangladesh sacrificed their life. Many students died and finally saved our mother tongue.

After the loss of Pakistan, they were always violent to East Pakistan.

The General Election of 1970

When Pakistani military rules started they started oppressed measure on the East Pakistani leader. In 1969, they started mass uprising movement and finally, Ayub Khan stepped down.

The Pakistani Yahiya Khan promised to back democracy in East Pakistan. So, in 1970 the general election was held.

In the election, people selected Bangabandhu Sheikh Mujibur Rahman as their future leader. But the previous government and Pakistani armed forced disagreed to hand over the power.

After that Bangabandhu called the mass population in the Racecourse Maidan (at present, Suhrawardy Uddyan) on 7 March 1971. The historical 7 March speech was made by Bangabandhu.

The speech of 7th March was the forecast for Independence. Bangabandhu inspired all the general people of Bangladesh with the speech. Bangabandhu declared some demands in the speech and also declared if they are not fulfilled East Pakistan is going to get their freedom. The key demands of the speech are

West Pakistan did not agree to the demands of East Pakistan. They made a hateful activity on the midnight of 25 March. They started to the unarmed, general people of East Pakistan. It was a planned genocide. This activity is called Operation Searchlight.

They were well prepared for the night. General Rao Farman Ali was in charge of Dhaka city. They started the Dead night by entering the Dhaka University dormitories. They killed random students and teachers of Dhaka University.

Then they continued the brutal killing to other renowned institutions. They started mass killing in Mirpur, Dhanmondi, Rayer Bajar, Kathal Bajar, Kachukhet, Old Dhaka, Tejgaon and other places.

After Operation Searchlight, Bangabandhu declared the liberation war. On behalf of Bangabandhu, Major Ziaur Rahman also declared and spread it all over the country. It was a war between the normal polices, Ansar and general people of East Pakistan and West Pakistani military.

With the announcement of Independence, the Independence Day started as well as the historical liberation war. During the liberation war, more than 30 lakh people died and more than 2 lakh women were raped. It was one of the most violent wars of the 20th century.

The Indian armed force supported East Pakistan in the war. They helped Bangladeshi people by giving residence and arm forced. The war continued for 9 months long.

16 December 1971, the Pakistani armed forces surrender to East Pakistan. The surrender was made by signing the instrument of surrender. The signing was held in front of thousands cheering freedom-loving people.

How People Celebrates the Independent Day?

Independence Day has a huge value to all the Bangladeshi people. In 2020, Bangladesh is going to reach its 49th independence day. Every year the day is observed with different types of activities.

This is a public holiday in Bangladesh. On 26 March, many organizations arranged different kinds of cultural programs. We can hear the speech of 7th March in different places.

Different institutions arrange essay and drawing competition related to Independence Day. Many political people make some speech showing up the history and contribution of Bangabandhu.

We can also see gun salute and national parades. Ultimately this day is observed with great honour all over the country.

In this article, I have described everything about the independent day. The Independence Day of Bangladesh 2020 is on 26 March. There is a pathetic history of the Independence day.

I have described the history and other facts in the article. You will also find the way of observation. They celebrate the day with great respect and honour. I have also answered some FAQs in the article.

Hopefully, you will get the proper information from this article. Thank you. 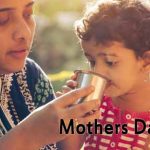