Bangladesh Tourist Spots Pictures: You are going to visit some tourist spots but you want to know how the place looks. Is the place really attractive?

Here we have added some Quality Tourist spots picture of Bangladesh. We have arranged the pictures Districtwise. All photos of Bangladesh Tourist places are given below:

Read for a total list of Tourist spots of Bangladesh

Dhaka is the capital of Bangladesh. Set beside the Buriganga River, it’s at the center of national government, trade and culture. The 17th-century old city was the Mughal capital of Bengal, and many palaces and mosques remain. There are so many tourist places in Dhaka. The photos of Dhaka tourist places are given below.

According to Wikipedia, Ahsan Manzil was the official residential palace and seat of the Nawab of Dhaka. The building is situated at Kumartoli along the banks of the Buriganga River in Dhaka, Bangladesh. Construction was started in 1859 and was completed in 1872. It was constructed in the Indo-Saracenic Revival architecture.

Lalbagh Fort is an incomplete 17th-century Mughal fort that stands before the River Buriganga in the south-western part of Old Dhaka, Bangladesh. The construction was started in 1678 AD by Mughal Subahdar Muhammad Azam Shah who was a son of Emperor Aurangzeb and later emperor himself.

National Martyrs’ Memorial is the national monument of Bangladesh. The monument is located in Savar, about 35 km north-west of the capital, Dhaka. Its height is 46 meters. Its Architect was Syed Mainul Hossain.

Sylhet Division is the northeastern division of Bangladesh, named after its main city, Sylhet. Sylhet is a city in eastern Bangladesh, on the Surma River. It’s known for its Sufi shrines, like the ornate tomb and mosque of 14th-century saint Hazrat Shah Jalal, now a major pilgrimage site near Dargah Gate.

Jaflong is a hill station and tourist destination in the Division of Sylhet, Bangladesh. It is located in Gowainghat Upazila of Sylhet District and situated at the border between Bangladesh and the Indian state of Meghalaya.

Madhabkunda waterfall is one of the highest waterfalls in Bangladesh. Madhabkunda Waterfall and Eco Park are situated in Barlekha Upazila in the Moulvibazar District of Sylhet Division.

Chittagong Division, officially known as Chattogram Division, is geographically the largest of the eight administrative divisions of Bangladesh.

Chittagong is a large port city on the south-eastern coast of Bangladesh. The Ethnological Museum has exhibits about the many different ethnic tribes across the country. Zia Memorial Museum, inside the former Old Circuit House, displays items belonging to former president Ziaur Rahman, who was assassinated on the site in 1981.

Patenga is a sea beach of the Bay of Bengal, located 14 kilometers south from the port city of Chattogram, Bangladesh. It is near the mouth of the Karnaphuli River.

Cox’s Bazar is a town on the southeast coast of Bangladesh. It’s known for its very long, sandy beachfront, stretching from Sea Beach in the north to Kolatoli Beach in the south.

St. Martin’s Island is a small island in the northeastern part of the Bay of Bengal, about 9 km south of the tip of the Cox’s Bazar-Teknaf peninsula, and forming the southernmost part of Bangladesh.

Sajek Valley is an emerging tourist spot in Bangladesh situated among the hills of Kasalong range of mountains in Sajek union, Baghaichhari Upazila in Rangamati District.

Rangamati is a district in south-eastern Bangladesh. It is a part of the Chittagong Division and the town of Rangamati serves as the headquarters of the district. Area-wise, Rangamati is the largest district of the country.

Shuvolong Waterfall is a beautiful waterfall in Rangamati. The only available path to reach at the waterfall is through the lake.

The main attraction of Rangamati city is Hanging Bridge.
Length: The total size of this panoramic structure is about 335 feet long and situated across a portion of the Kaptai Lake.

Nafa-khum is a waterfall in Bangladesh on the Remaikree River, a tributary of Regrekhyong/Sangu river. It is among the largest waterfalls in the country by volume of water falling.

Nilgiri is one of the most beautiful places to visit in Bangladesh. I went to see the view at the Nilgiri resort that is owned by the army. We had to pay a small fee to visit.

If you want more tour information just write it down to the comment section. 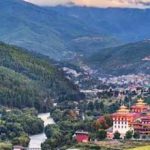