You are here: Home / Story / The greatness of Sultan Salahuddin Story

One day in the battle of Jaffa, the Christians were winning and the Muslim soldiers were falling back before the Christian horsemen. The Christian General was Richard the first of England. He was a brave man and a fierce enemy of Sultan Salahuddin.

In one of his fights, a Muslim soldier knocked him off his horse but he got up and started fighting on foot. One of Salahuddin’s men saw this and shouted to Salahuddin, “Richard has lost his horse. Why don’t we kill him now?” Salahuddin replied, “No. he is a noble soldier. Give him my best steed so that he can fight properly again.” Salahuddin’s behavior charmed Richard. He said, “I am proud that I am fighting against a noble enemy like him.”

The greatness of Sultan Salahuddin Story

Sultan Salahuddin was the king of Egypt. He was a very brave warrior. Once he had a fight with Richard of England. Richard was the commander of the Christian Army.

It was a great fight. The Christians were fighting their best. Suddenly Richard’s horse was killed. The king was sad. He began to fight on foot. Salahuddin saw this. He saw the sad condition of the enemy. He at once sent an Arab horse for Richard. Richard was charmed. He praised Salahuddin thus, ”Salahuddin is a true hero. He is a noble enemy.

I am proud that I am fighting with a great man.”Here is another example of Salahuddin’s greatness. Once Richard was seriously ill. He was in his tent. Many physicians came. But none could cure him. Everyone thought that Richard would die. Salahuddin also heard this news. He put the dress of a physician.

He took a box of medicine and went to the tent. But the porter would not allow him to go to Richard. At last, he was allowed to go in. Salahuddin gave medicine. Richard Was well again. Later Richard came to know who this physician was. He bowed his head before the greatness of Salahuddin. 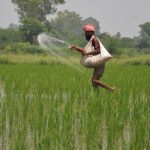 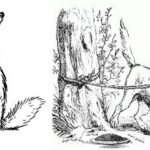