You are here: Home / Others / Dana in Buddhism: Story and Significance.

Dana in Buddhism. The word Dana is a Sanskrit and Pali word which means giving something unconditionally with an open heart. It is an ancient practice in Buddhism for cultivating generosity. Generosity is encouraged in most religions of the world But Dana or generosity in Buddhism is the basic foundation of Buddhist practice.

Now coming to the answer to the question, what is Dana in Buddhism? In Buddhism, an act of giving has been compared to fighting a war. And the war is not against your enemies, not against any country, it’s against your greed, attachment and other mental defilements will fight very hard to defeat and sabotage it.

It is easy to give away the things that you don’t want but giving things of value not only helps the recipient but it also loosens one’s grip in the world of desire. If you give something without seeking anything in return leads to greater spiritual wealth.

There are many types of Dana in Buddhism. It can be in the form of money of your day to day income but the most common form that this takes is the offering of alms-food to the monastic Sangha.

Dana is performed by Buddhists through different gift ceremonies. Common Dana ceremonies are Sangha Dana, Austapariskar Dana, Kathin Cibar Dana etc. Many donors attend in these ceremonies and offer gifts to the receivers. The receivers are mainly the Bhikkhu Sangha.

Any donor or anyone who wants to do some good deeds can perform Sangha Dana at any time. Anyone can organize this ceremony individually or collectively at any place (monasteries or own house).

Many Buddhists organize Sangha Dana at the beginning of any big ceremony like marriage, beginning of a business, the building of a new house, going to the abroad or after anybody dies, in their own households. They do it with the belief of gaining salvation.

To perform Sangha Dana, Bhikkhu Sangha is to be invited first. Then they are given different gifts. This angle highlights that donating valuable things is not just an outwardly manifest act but it is an inward quality which helps a man to earn virtual merits.

Generally, this ceremony is started with a prayer and then the monks take their seats properly. The gifts are arranged in front of the monks and given before starting the meal. Here are some pictures of this beautiful ceremony. These pictures can help you to understand the rituals better.

Giving is the quality which defines the depth of one’s humanity and one’s capacity for self-modification. The Buddhists believe that an act of giving will bring them true happiness in future. It is the law of cause and effect taught by the Buddha.

Actually, the quantity of merit depends on three different factors. The factors are – good motive of the donor, the holiness of the recipient, the kind of the gifts. So, to earn more goodness you need to keep a pure mind, select a proper receiver and choose appropriate gifts before performing Dana.

Another benefit of Dana ceremonies is mutual communication takes place at these events. People of different places and thoughts participate in these functions. Exchange of ideas also occurs. These ceremonies help the needy to lead a healthy life. So it plays an important role in social development.

Quality of the Recipient of Gifts

The purity of the recipient is one of the important factors for Dana in Buddhism. The holier the recipient, the more will be the chance of gaining fruitfulness. So it is important to select the worthiest receiver available before giving gifts.

The Buddha teaches that the aryas, monks, bikhhu sangha, the Noble ones are the proper receivers. They are the worthiest receivers because their minds are filled with compassion for the donor after receiving a gift.

There are several types of Dana in Buddhism on the basis of the kind of objects. Dhamma Dana, Anna Dana, Dana of different materials etc. Most common is giving everyday essentials to needy people.

One can spread the religious knowledge to the immoral, one can give money to the poor, one can offer food, one can give donations to the schools, hospitals, temples or any welfare organization, even one can perform Dana by keeping the environment neat and clean.

Dana in Buddhism is a great opportunity for people who are not spiritually advanced. If the donors’ intentions are pure he will receive the merits even though he was immoral in some activities. So one must be more careful about his own attitudes during giving.

One should make frequent giving events for worthy people to gain inner peace, future happiness and a pleasant mind for a lifetime. Dana ceremony or act of generosity also develops concentration, virtue and wisdom.

There are some goals of giving ceremonies. The habit of giving reduces the cravingness for things when someone gives something of their own to others he can abate his attachments to the things, the act of generosity makes the mind pure. Therefore it is necessary to give Dana as often as possible to the Noble Ones. 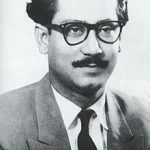