You are here: Home / Others / Victory of Bangladesh 2019 – Images, Quotes, celebration & History of BD

What is Victory Day

Victory day is also known as Bijoy Dibosh in Bengali. 16 December is a public holiday. This day has a great significance to all the Bangladeshi.

Bangladeshi freedom fighters fought for 9 months to achieve their victory and get it free from Pakistan. After having a bloody war, on 16 December Bangladesh became officially independent.

In a speech of Bangabandhu Sheikh Mujibur Rahman on 7th March 1971, he made the decoration of the independence of East Pakistan. On 26 March 2016, it was announced countrywide. Then started one of the most violent war between East Pakistan (Bangladesh and West Pakistan.

It was one of the most pathetic and violent wars of the 20th century. More than 3 million (30 lacks) people died and 2 lack women were raped during the war. At last finally, East Pakistan became free from West Pakistan.

India played a great role to free East Pakistan from West Pakistan. During the liberation war, lots of Bangladeshi went to India and India accepted them. Besides, India trained many of the Bangladeshi fighters and they had a great contribution to the war.  India also enforced their armies to fight against Pakistan.

And Finally, Bangladesh won the battle of 71 on 16 December which is known as Bijoy Dibosh.

The Pakistani instrument of surrender signature

Lieutenant General and CO of Pakistani armed force Amir Abdullah Khan Niazi finally signed the instrument of surrender. It was a written agreement that confirms the end of the Indo-Pakistani War of 1971 where Bangladesh got the victory.

This historical event took place at the Ramna Race Course in Dhaka. Its signature was made in front of thousands of cheering Bangladeshi crowd. The joint commander of Indian Bangladesh forces Jagjit Singh Aurora and Lieutenant General Amir Abdullah Khan Niazi signed the instrument.

There were some reputed persons presented on the surrender event. On behalf of Bangladesh Commodore A. K. Khandker and on behalf of India Lieutenant Jacob Rafael Jacob acted as the witness of the surrender signature.

The Recognition of Bangladesh took place on the Day of 16 December 1971. This is the reason, we celebrate it as our victory day. To be recognized as a free country with our language, culture, and the government was the main reason for which over 3 million of Bangladeshi brave hearts sacrificed their lives.

After this great loss, on 16th December, Bangladesh got recognized for the first time. The Recognition is given when the Pakistani Armed forced surrendered and marked the end of the Liberation war of Bangladesh. Earlier, it was named as Bangla Desh which was later on combined as one single word, Bangladesh.

As soon as Bangladesh got recognition as a free and liberated country, all the neighbour countries along with the countries of the United Nation announced the recognition of Bangladesh. This is why every year we celebrate victory day with great importance.

How Victory day is celebrated in Bangladesh?

In 1971, 16 December, we as Bangladeshi got recognition of a free country and so, from the very next year, 1972, we celebrate this day with great importance. Even still, Victory day is celebrated as one of the most joyous celebrations in Bangladesh. People enjoy a holiday with a great festival mood.

Filmmakers, media centers, and writers also started to make different works on the concept of the liberation war of Bangladesh. These works are made available to make people aware and remindful of those people who sacrificed their lives for our free country. Also, this day is celebrated in such a way that people of all ages come to learn more about the war and also to understand its importance.

This day is celebrated in every aspect of this country. Every organization and even stores raise the national flag the whole day. In villages and colonies, people cook foods and enjoy eating together. Also, the victory procession is found everywhere. People of every ages and culture come together to celebrate this day with great joy.

There are a lot of events that commemorate our victory day. All these events ard also like achievements for the nation. In 1971, the State Bank of Pakistan became our Bangladesh bank. In 1972, 16 December, the people’s republic of Bangladesh was enacted for the first time.

On the occasion of victory day, our nation won the Gallantry Award of War in 1973. We celebrated the silver jubilee occasion of our great victory day in 1996. Also, in 2013, the largest human flag with 27, 117 volunteers was set up on the Victory day.

If you are looking for 16 December Bijoy Dibosh Bangla SMS, go below for the SMS and Wishes.

happy victory day…..n salute to those who saves our country n gives us a freedom life ♥..I love my country very much 🙂

The Pictures of Bijoy Dibosh are given below-

To win in a liberation war in such a short time is very rare in world history. But the brave ‘Nowjoan’ of Bangladesh made it possible. They didn’t have fear of death and stood still in front of the guns of Pakistani Armed Forced to dave their beloved country and to save their nation. They are the true hero and they are the people for whom we have a Victory day to enjoy. So, we all should have a clear idea of our war of liberation and also to prior our great victory day.

We should remind that it is a symbol of freedom and we are a free nation. As the war heroes left the world putting a free country to us, we are responsible to hold its freedom and also to make it greater even before. Reminding the importance of our Victory day, we should always work for our country’s good. 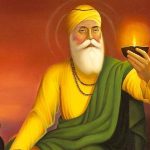