You are here: Home / Others / Magha Purnima 2020 Quotes with Images & Significants

Magha Purnima is also known as ‘Maghi Purnima’ or ‘Maha Maghi’. It is the day of a full moon that occurs during the month of Magha (a month in the Hindu calendar). It is a very important and religious occasion for the people who believe in Hinduism.

Magha is one of the most sacred months according to the Hindu lunar calendar. It is the 11th month of 12 months of the Calander and at the starting of Magha, the sun sets on its northern path. Magha Purnima or Maha Maghi is the most important day of the Magha month.

Magha is one of the four most sacred months of Hinduism. The full moon day of Magha month of the Hindu calendar (usually January-February) is known as the Magha Purnima or Maghi Purnima. Magha Purnima 2020 date is February 9.

The other most important ritual dates in Magha month around Magha Purnima 2020 are:

The next Kumbh Mela will be held in the year 2025.

As we already mentioned, Magha Purnima is an important and honorable occasion for peoples of the Hindu religion. People perform many religious and ritual activities in periods time of Magha Purnima.

On this day, Hindu peoples took a holy bath on sacred rivers (mostly the Ganga River). In fact, it is one of the biggest bathing days where thousands of people take bath on the five sacred rivers of Hindu religions.

Magha Purnima is an important day for practicing devotion. Many people keep fast on the day and give charities (known as Dakshina) to the poor according to their capacity.

The Kumbh Mela(or Kumbha Mela) is another major festival held on Magha Purnima. It is celebrated every twelve years at the bank of the junction of three rivers (known as Triveni Sangam) that are pilgrimage sites for Hindu peoples located in Allahabad, India.

Lord Vishnu (a powerful god who protects the earth) is also worshipped after taking a bath. People make Various Prasad with wheat, sweets sugars, coconuts, etc. They also distributed them to all members of the house and others on the Magha Purnima in Telugu.

Many Hindu peoples donate foods and cloths to Brahmana (saints of Hindu religion) which considered very sacred on Magha Purnima.

People use to bath in the “Triveni Sangam” at Allahabad during Magha Purnima. It is the junction of three holiest and devout rivers (the Ganges, the Yamuna, and the Saraswati).

The Ganga is the most important and sacred rivers of Hinduism. Its water is so holy that it is used during worship. People also believe that bathing and leaving parts of their own body such as hair, piece of bone, etc in Ganga can lead them to heaven.

According to Hindu holy scripts, Lord Vishnu himself lives in river Ganga during the month of Magha. Though one may take bath in any other holy rivers water or stream when Ganga is not accessible, people try to hurt and soul to take at least one bath on the river Ganga during Magha Purnima.

People also believe that Lord Vishnu blesses any person with happiness, wealth and contentment who takes a bath in any sacred river or holy water from rivers in Magha Purnima.

It is believed that, taking baths on any of five holy rivers (known as Panch Prayag) during the month of Magha free a person from all to Sun and Moon-based problems and curses.

As it is an important devoted bathing and worship day many people wish their friend and relative in with Magha Purnima wishes.

Magha Purnima is an important devoted bathing and worship day during the Kumbh Mela and the Magh Mela. taking a bath in the morning during Magha Purnima fulfills a person with power and strength.

Every Hindu person has a dream of bathing Ganga at least once in a lifetime. The whole Magha month has spiritual significance to day to day life of Hindu peoples.Magha Purnima purifies a person’s soul and gives the power to face all kinds of problems in the world. It increases the bonding between peoples from all over the country and strong religious believes. That’s why Religious beliefs are so important for any person’s life. 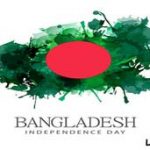